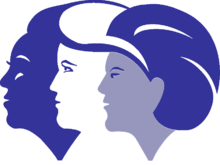 It is time to start thinking about the outstanding woman or women of the IDWC that you think are deserving of consideration for this year’s Dottie Stimpson and Young Distinguished Woman Awards.

The Dottie Stimpson award “honors a woman who has demonstrated perseverance, persistence, patience, passion, commitment and leadership such as Dottie Stimpson has over the years as she founded the Idaho Democratic Women’s Caucus. Dottie’s work on behalf of the Democratic Party and the Women’s Caucus has been significant, and in this way we honor her loyalty, energy, and support.”

The deadline for nominations is January 30,2016.
Nomination Form
Committee Chair; Shirley McFaddan
(Reminder these women need to be part of the IDWC)